In the beginning of the academic year 2017-2018 we were informed that the theme for the semester was the material: ‘brick’. 2 project weeks were organized especially around this theme, this in collaboration with Wienerberger. In the first week we were commissioned to make a wall with bricks by designing a new connection, in collaboration with Stefan De Ruysscher, Stéphanie Dierckx, Tuur Vissers  & Tuur Van den Steen.

Where in the first week the emphasis was on stacking elements, the focus in the second week was on the element itself, the brick. Together with Stefan De Ruysscher  & Jelle Claes we were commissioned to design a brick ourselves. The design for the brick could, with permission from the professors, be made by Wienerberger in the brick factory in Maaseik.

For the design of our brick we started at the smallest particle of clay, the molecule. The shape of this molecule is a hexagon. This was our starting form. By applying different transformations, a form was created that could form an expressive façade. During the design we looked for how an corner can be formed with the stones, how openings for windows can be made, …

After the design, a mold had to be formed, with which the factory could make the bricks. Triplex proved to be an ideal material for this. The stone was designed as a hand-molded stone. This means that clay is thrown into the mold by a person. That is why the mold had to take a special shape, so that the stone can easily slip out of the mold. 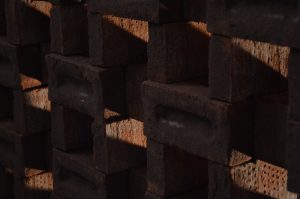 Detail of the brick wall 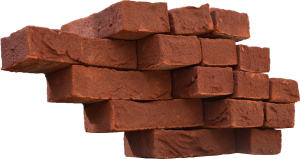 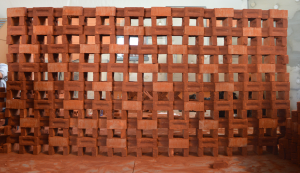 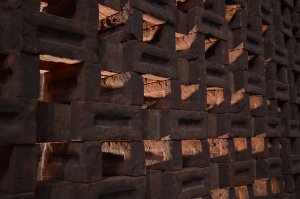 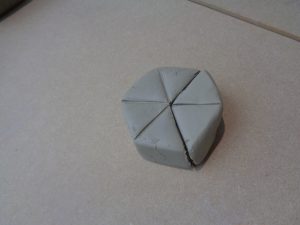 Brick design: step one in clay 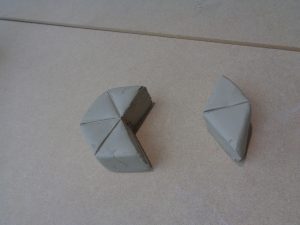 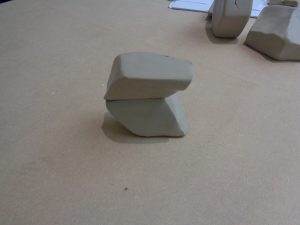 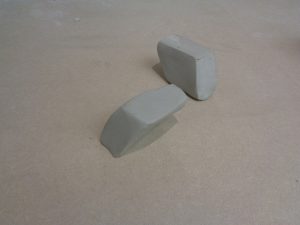 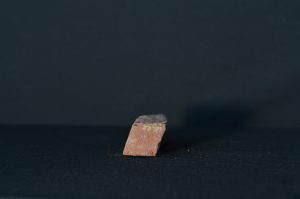 Detail of one brick 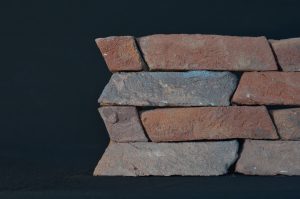 Detail of a corner 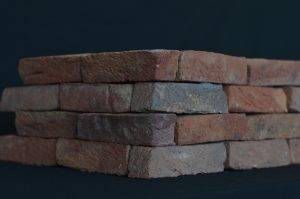